The Viking's have been here.... 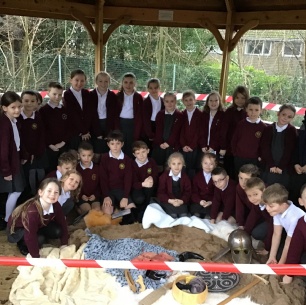 Myths and legends from the Viking Warrior!

We have had a brilliant start to the term in year 3/4 this week. First, on Tuesday, we became detectives when a mysterious camp was discovered in our school grounds with lots of strange objects left behind. We used the clues to try and discover who our 'mystery guest' was and deduced that it must have been a Viking warrior! Then, on Wednesday, we were visited by the Viking warrior (who had been fighting Anglo-Saxons down in Tavistock and got lost) and he told us lots of fantastically gruesome Viking legends and myths. We are now looking forward to discovering more about the Vikings over the rest of the term and writing our own Viking myths and legends.