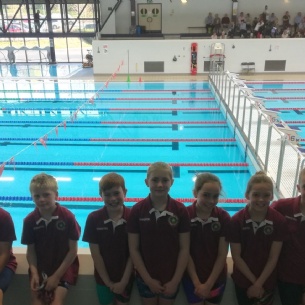 Woodlands Park Yr 6 Girls team and Yr 5/6 boys team took park in the ASA Schools Swimming Competition at Millfield last night. Both teams took part in a freestyle medley and mixed stroke medley up against some very tough competition. The boys were first in the water and put in an amazing effort all having great swims, coming 3rd in both of their heats! The girls had a convincing win in their freestyle medley and won their heat meaning they had secured a place in the National Finals to be held in Sheffield in June! With one win under their new school swimming hats, they got ready for the mixed medley. A much closer swim with only a second between the top 2 teams, the girls had done it again! They won their heat and competition and another place at the National Finals! Sheffield here we come!